We did not know about YWAM before we met Alynena Krause at New Hope Seattle church. She is now a volunteer at YWAM and has accomplished her Discipleship Training School through YWAM. She is now participating with others in the missions field. Please visit her story at: http://wordsispeakthoughtsithink.blogspot.com/. Also you can find more information on YWAM at www.ywam.

There’s some unique history behind this motorcycle that is known as Lazarus 1. This was the very first motorcycle in the history of our motorcycle ministry that started around 4 years ago. Here’s a snippet.

There’s some history with MISSIONmoto and New Hope. Michael Daily (founding steward of MISSIONmoto) attended New Hope as was one of a handful of families who helped plant the New Hope in Shoreline with Pastor Jon Burgess during the initial 4 years of the church in Shoreline. Stephanie Daily was baptized many years ago by Pastor Wayne Cordeiro (founder of New Hope International) in the Pacific Ocean at Ala Moana park, Magic Island Beach. She attended New Hope for 6 years at Ferrington in Honolulu, HI. During the four years Michael attended New Hope in Shoreline, God placed it on his heart to start a motorcycle ministry- not a riding club, but something entrepreneurial that would edify the church. Jeff Fildey, August Laggio, Bill Fox, and Michael Daily went for a ride and a lunch on Alki and Michael explained the vision. Later Michael put together a business plan, presented it to Pastor Jon. Jon gave it his blessing and we started. If Pastor Jon had not said “yes,” none of this would have happened. Anyone involved with MISSIONmoto should be eternally grateful towards Pastor Jon. If you are a leader in ministry reading this, how may times have you said “yes;” “yes, use me; yes, I’ll do it for Christ?” Never hinder the work of the Holy Spirit. The ministry started out as nhs MOTO (which still exists today). We started out with an overwhelming amount of faith that the Holy Spirit would meet us where we were at and very little experience and resources. But the important thing is that we started.

Pastor Jon sent me this email shortly after we broke ground with a motorcycle ministry:

I was reading through today’s chapters in the Life Journal and I came across the passage in Matthew 20. Jesus is telling the parable of the owner of a vineyard who hires various shifts throughout the day. In The Message at around verse 6 it says: “At five o’clock he went back and found still others standing around. He said, ‘Why are you standing around all day doing nothing?’ “They said, ‘Because no one hired us.’ “He told them to go to work in his vineyard.”

I believe the vision God has given you will facilitate this very thing. There are many people just standing around waiting to be invited and included in something important, people waiting for a chance, just one chance. They feel passed up by the church, but not this church. This ministry will give many a new beginning. Thank you for letting God move you and direct you to reach out to those who are “just standing around”.

…There is still work to be done 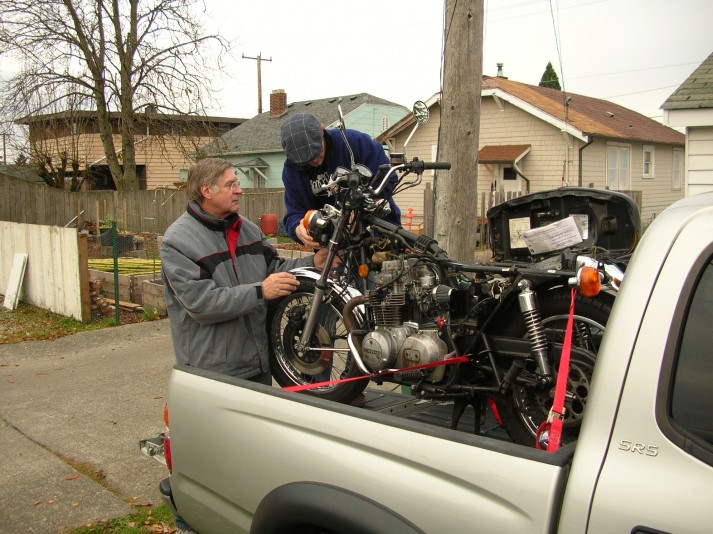 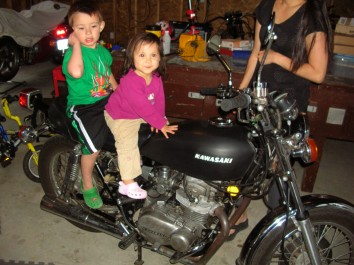 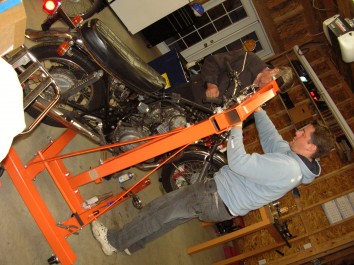 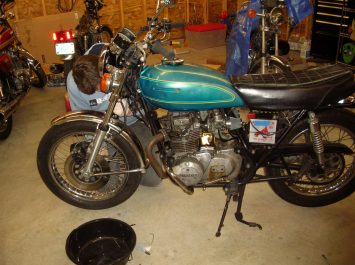 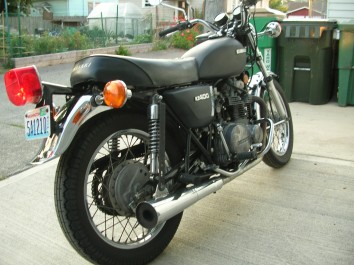 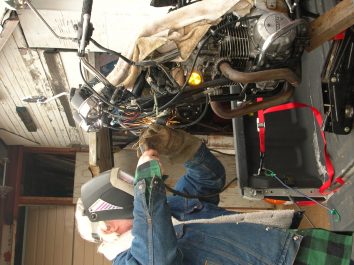 Lazarus 1 has been sold twice and is still in the MISSIONmoto garage 🙂 Seth Wray now owns it and we have made it into a cafe racer project.

Here’s my neighbor and “welder extraordinaire” George welding the frame stop. George volunteers his expertise and equipment to the ministry.

Seth and the Crew have since stripped the bike down to the frame, repainted the frame blue, have done the top end of the motor, and have added some very neat after-market cafe racer parts, The bike looks nothing like the above pictures. There’s some shots of it on our Facebook page.